Welcome to the “Classic Algorithms” series. Here we will discuss code examples from the Rosetta Code Project and explain step by step how the implementation works. Our first task will be the “Caesar Cipher”.

In this post, we will meet many of the “List and Strings” functions that we know from the Beginner’s-series.

If you want to try by yourself first, here is the task description:

How the Caesar Cipher encryption works

If you ever studied cryptographic algorithms, you will probably have come across the Caesar Cipher as it is easy to understand (and easy to break, too).

It is named after the Roman emperor Julius Caesar as there is some evidence that he used this encryption system to transport secret messages. For more historical background, see here. 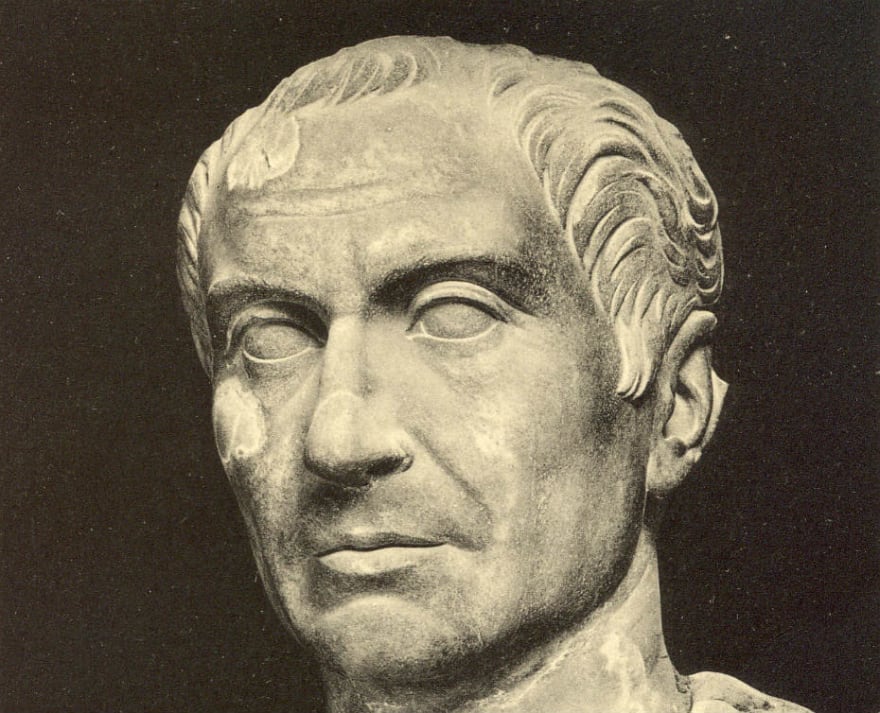 The idea is that every letter in the alphabet is shifted by a fixed number of steps, which is the “encoding key”. For example, if the key is 2, then you write “C” for “A”, “D” for “B”, “E” for “C” and so on. At the end of the alphabet, “Y” becomes “A” and “Z” becomes “B”. Obviously it is not a very safe encryption because it’s easy to crack using statistical methods, or by checking all possible shifts.

Nevertheless, the implementation of the Caesar Cipher in PicoLisp is a nice example to start our Rosetta code series. It illustrates some interesting concepts such as circular lists, mapping, and anonymous functions. Many of the functions were already introduced in the “PicoLisp for Beginners” series, and the code is elegant and short.

An intuitive approach to the algorithm

How should we implement this algorithm? It is clear that the order of the letters is very important, and it needs to be circular since the end of the alphabet should be mapped to its beginning. The picture from the cover sheet illustrates the principle very well: 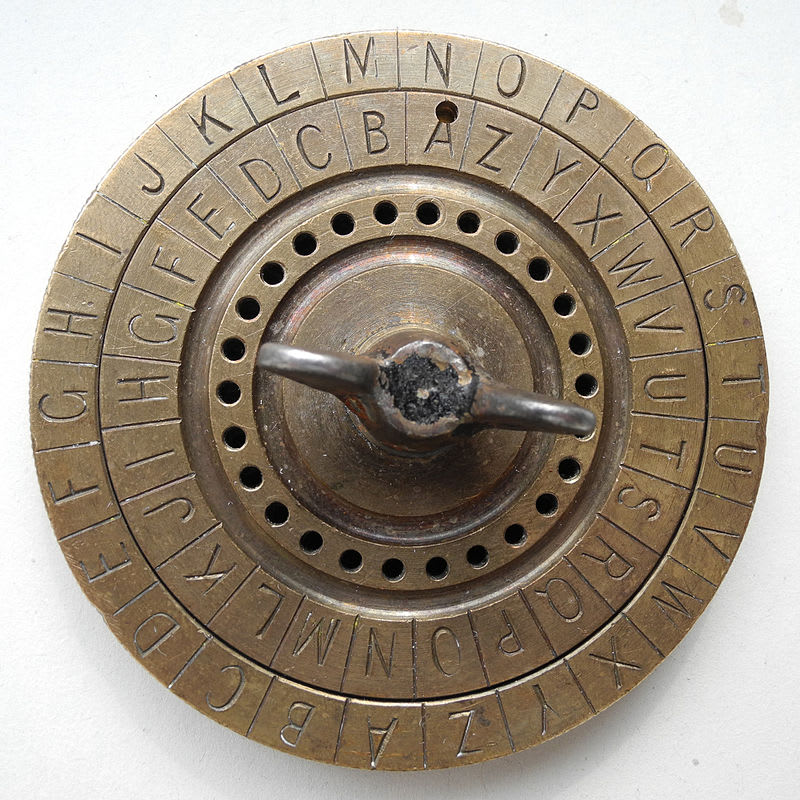 The first thing we need is the list of all alphabet characters. One main idea is to make the list “circular”, i. e. after “Z” comes “A” (like the tool on the pic above). In PicoLisp, this can be done by the . symbol, for example (1 2 3 .) or using the circ function. Let’s form the list:

The straightforward way: Of course, we can just type each letter by hand.

The elegent way: The solution above is quite error-prone. A better way would be to use ASCII encoding to create this list. Uppercase letters are encoded by the numbers 65 to 90. So let’s do the following:

Let’s try to get the string we want to encode. As first step, let’s convert all letters to uppercase with uppc and use the chop function to transform the string into a list of characters:

Now to encode these letters, we need to create a function that takes any character and returns the encoded one. Let’s go through it step by step.

Step 3 – Bringing it together

In Step 1 we chopped up the input string to a list, and in Step 2 we managed to encode each of these letters separately. Now let’s bring it together.

We want to take each letter of the input string and apply our encoding function on each single element, which is a typical application for mapcar. mapcar takes a function and a list as arguments. But what is our function? Obviously, we could define it like this:

and hand it over to mapcar. But actually we need the encoding function only once, so it might be a better option (in terms of structure and readability) to define it as anonymous function.

As we might remember from the beginner’s tutorial, the syntax for anonymous functions is ” ‘((args) ( function )) “, so we can define it as:

where C is the character to be encoded.

Now let’s create and test our mapcar anonymous function call on the chopped list, with key = 3:

This already looks quite promising: at least the character shifting looks correct now.

Now as last step, we need to convert these single letters back to a string, which we can do by using the pack function. We wrap it around our mapcar function and get:

As you can see, we “automatically” also got rid of all the NIL values that were created by whitespaces and punctuations.

Let’s now wrap it up in a small script. We want to call it using the following syntax: ./caesar-cipher.l <plain-string> <key>, for example:

As we learned in the “A very first PicoLisp Program”-post, we can retrieve the two parameters <plain-string> and <key> using opt.

Note that opt converts to string, so we need to use the function format to convert the key from string to integer, and store both in the global variables *PlainStr and *Key:

Also we need to define the global *Letters list and f course our encoding function caesar that takes a string and a key as parameters and returns the encoded string.

Then finally, we call the caesar function with the command line parameters and print out the result.

After that we exit the interpreter with bye.

The final script can be downloaded from here. Steps: Download the script, for example using curl:

This was the first part of the “Rosetta code” series, I hope you liked it.

Tomorrow we will have a look a closer look at the set function in PicoLisp, as preparation for the “100 Doors Task” from the Rosetta Code.